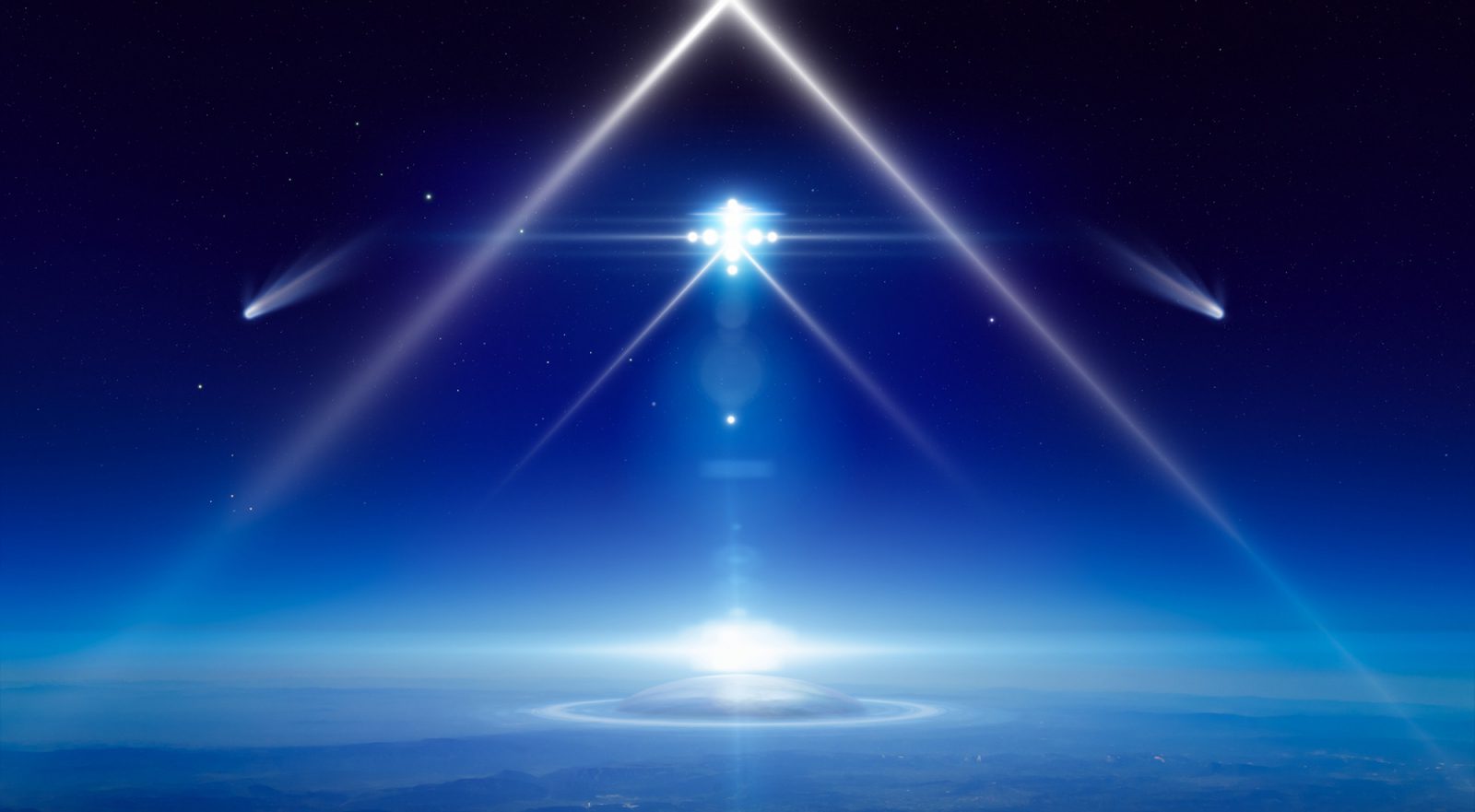 Atlantis was a divine experiment that lasted for a full cosmic era of 260,000 years.  It took 10,000 years to set up and a further ten thousand years after the fall, to explore the lessons.  It finally ended at the Cosmic Moment on 21st December 2012.

Originally Atlantis was a continent that filled the area where the Atlantic Ocean now lies.  During this period the Intergalactic Council tried five times in different ways to make Atlantis work.

The purpose of each experiment was to see if beings could take a human body, go through the Veil of Amnesia and forget who they truly were, yet still maintain their connection to Source.  Each time it was terminated and flooded because the humans that populated it failed to live in love.  And every time the test was reconfigured less of the landmass surfaced, so by the fifth time there were only five islands strung across the Atlantic Ocean.

Amazingly, during the fifth and final experiment an extraordinary thing happened. The GOLDEN ERA OF ATLANTIS arose and lasted for 1,500 years.

The Golden Era of Atlantis

It was called a golden era because the auras of the people, animals, trees and the land itself radiated a golden energy.

The inhabitants were all fifth dimensional and had twelve fully operational chakras.  Their twelve strands of DNA were all connected, with the 64 codons switched on.  This allowed them to enjoy amazing psychic and spiritual gifts.  Everyone, including small children, went through special training in order to enhance their natural talents.  When they grew up they did what they most enjoyed doing and were good at.  This was the foundation for a happy, relaxed, contented and fulfilled society.

Clairvoyance, telepathy, healing and levitation were considered normal everyday skills.  Many of the highly trained priests had extraordinary gifts.  For example the Magi had powers of physical manifestation and could even fly.

At any one time there were twelve High Priests and Priestesses, each of whom looked after an area and made decisions for their region.  They spent time there as well as in the great Temple of Poseidon.  Here was housed the Great Crystal, the Sphinx and the Amethyst Skull, which contained all the information and knowledge acquired by each of the twelve districts.

Everything was shared.  The people were happy and abundant.  They spent much time relaxing, playing sports and enjoying their leisure with their families.

One of the reasons that Atlantis became a legendary golden era was their mastery of Crystal Technology.  A Dome made up of crystal pyramids covered the islands, so that the five islands housed a controlled experiment.  The people harnessed crystal energy for all their power needs and to travel, communicate, build houses, grow food, heal and a great deal more.  Much of it is still beyond our comprehension and feels like science fiction.  Yet as we move into the sixth Golden Era on Earth we will bring back the Atlantean powers and take them to new higher levels.  Golden Atlantis was the foundation for who we are and who we are to become.