Have you ever seen a sea shore fairy? They are so tiny you may not have even noticed. Maybe in the grains of sand you saw something moving and thought ‘oh, that’s some kind of tiny sand creature. An insect perhaps.’ Well, you might have been seeing the movements of a sea shore fairy. This is the story of one such fairy; let’s see what happened….

Wavy is a sea shore fairy. She lives on one particular beach. A beach where families come to play sandcastles and ball games. Where dogs run and swim in the sea. She hides away from dogs and people. But she loves to play in the sandcastles after the children had gone, if the tide hasn’t already claimed them back to the ocean. She strides inside, standing tall and proud (even though she was tiny) and pretends she is the queen.

One morning Wavy awoke to a very peculiar sound. It frightened her a little. It was like a high pitched cry from a sea creature. She jumped out of her sea shell bed and fluttered and ran along the beach towards the sound, which took her a while. When she got closer she saw a dolphin lying helplessly on the sand.

‘Oh my goodness,’ she cried. She rushed up to the dolphins face to try to get her attention. ‘How can I help you?’ she asked loudly.

The dolphins eyes looked at her sadly. ‘I’m stuck, and the tide is going the wrong way. I swam too close to shore. It’s no use,’ she sighed.

‘Don’t give up,’ said Wavy. ‘Maybe people will help. I’m a bit afraid of them, but it’s worth a try.’ She whistled loudly, and another twenty or so sea shore fairies appeared. ‘We need to help this dolphin,’ she announced, standing on a shell platform. ‘We need to ask some people to come and help.’

There was a shocked silence. Many sea shore fairies were afraid of people and didn’t see how they could help. ‘It’s too dangerous, and besides, how will they see or hear us?’ One fairy asked, doubtfully.

‘I, I don’t know yet, but if we work together there is a chance,’ said Wavy. The sun shone down and the poor dolphin looked very uncomfortable, unable to move much at all on the sand.

Just then a family settled down on their blankets, just along the beach. They were putting up wind breakers and two young children were running around excitedly, dipping their toes in the waves.

‘Let’s try the adults,’ said Wavy. So the group, which was growing gradually as more sea shore fairies gathered, flew and fluttered over to the busy looking adults.

‘Excuse me,’ said Wavy into the ladies ear, ‘there’s a dolphin stranded over there, can you help?’

‘Excuse me,’ she said again, politely, but a little louder. But the lady was unloading her picnic basket onto the blanket and seemed oblivious.

‘Let’s try the children,’ said Weenie, doubtfully. So the group reluctantly flew over the golden sand to the sea shore where the excited screams of two young children carried along the sea breeze.

‘Hey there,’ said Weenie. ‘Tell your parents there’s a dolphin lying stranded on the beach and needs help right away.’

The fairies waited. And watched. The five year old girl continued playing. But all of a sudden she stopped and suggested to her little brother that they explore a little further along the beach. And the children saw the dolphin.

‘Mum, Mum, MUM!!!’ yelled Vicky. ‘There’s a big fish on the sand. It’s alive.’ She yelled. Her mother and father came rushing over.

‘That’s a dolphin,’ exclaimed her father. ‘And I think it’s still alive!’ And he rushed for his mobile phone and began making phone calls.

Vicky and her brother Nathan used their buckets to bring cool water to wash the dolphin who sighed, thinking that all might not be lost. The seventy or so sea shore fairies watched on happily, singing songs and dancing to try to cheer the dolphin up. The dolphin felt very loved, and was very grateful to the fairies and the people. She dreamed that she was back in the ocean, playing with her friends. They must be worried about her. She imagined diving great depths and seeing the wonderful enchanted castles under the sea then springing back up and leaping into the air. Playing alongside boats and hearing the ‘wows’ and ‘ooo’s’ and ‘aaaa’s’ of the passengers or sailors. Thinking about it made her body work better again. Help was on its way!

And so it was. Some experts in helping beached animals came and began digging around the dolphin and carefully put her upright. They poured water into trenches under her fins. Eventually more people came with a big sort of mat thing and with a lot of effort managed to move her onto the mat.

This was then taken back to the water on a big yellow dinghy. Vicky and Nathan’s parents brought sandwiches and drinks to the rescue workers and somebody else took some photographs. There was a lot of excitement when the dinghy got deep enough into the water for the dolphin to try to swim. Everyone was watching. The sea shore fairies were able to skate along the surface of the water. They whispered words of encouragement to the dolphin, who looked exhausted and a bit anxious.

‘You can do it,’ said Wavy, with a big smile. The dolphin lay limp in the water, not moving at all for almost a minute. Then with a big lurch she propelled forward and into the sea. Off she went back into her home, the ocean. Everybody cheered with delight.

Everybody helped to pack up as the shore fairies watched, tired out, and they were all so happy that the dolphin was saved. Later that day, when it was all over, Wavy stood by the water’s edge, playing with the wave and allowing herself to be washed back and forth. She so wished she could see the dolphin again. She would love to be her friend and play with her.

‘Dolphin’ she called lightly over the surf.

After a while she saw a shape out to sea. Could it be her new friend? She skated along the water towards it with excitement. The shape had gone. Then all of a sudden out of nowhere the dolphin rose up with Wavy on her fin.

‘My name is Ula,’ said the dolphin. ‘And I am so grateful to you for rescuing me, Wavy. I wanted to come home to the ocean, and you made it all possible.’

‘But I am just a tiny sea shore fairy,’ exclaimed Wavy.

‘It was you who thought up the idea to ask the people for help, even though you were afraid. You were the very beginning of my rescue. And for that I am so grateful. I want us to be friends and go on journeys together.’

And they became firm friends from that day forward. 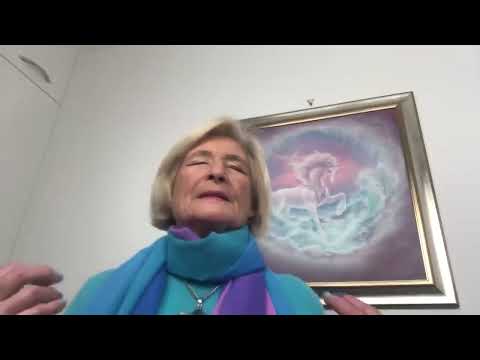 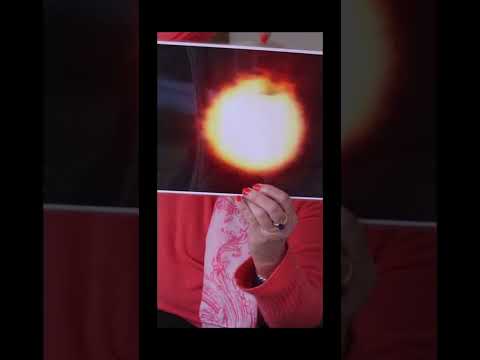