Tara and the Robbers by Granny Diana

Tara and her Granny were going for a walk in the woods with Oscar the spaniel puppy.  Tara was racing ahead with him and did not notice her little grey kitten, Ash-ting, sitting on a branch nearby, watching.  He had followed them all the way.

Granny stopped for a chat with some friends while Tara and Oscar raced ahead.  They plunged off the main path onto a little one that twisted and turned through the trees, then opened into a small clearing.  Tara called this her secret glade for no one ever came here.  A stream flowed along one side on its way to the big river and a huge weeping willow tree, its fronds nearly sweeping the ground, grew over the water.  A thicket of brambles had grown round it.

Usually Tara picked her way through the brambles and went into her cool green den under the fronds of the tree but today something stopped her.

Instead she touched the trunk of a nearby silver birch and said, ‘Hallo tree.’  The birch quivered its leaves in response.  But the willow looked very cross and usually it was happy and cheery.  Tara frowned.  Something was wrong.  There were no fairies or elves swinging from the fronds as there usually were.  Instead they were sitting in a row on a branch of the silver birch, watching the willow with scared eyes.

‘I wish Ash-ting was here,’ Tara thought, for he knew everything.  Even though she could communicate with her magical kitten from a distance it was better when he was close.  No sooner had she thought about him than she heard a meow and Ash-ting was running through the grass towards her, his little tail high in the air.

Tara was surprised for the kitten did not usually venture so far from home.  The puppy dashed over to greet his friend but he was too bouncy for the kitten.  ‘Leave him alone, Oscar,’ she said sternly and picked up her little bundle of grey fur.  Oscar ran off to chase a squirrel.

‘Something’s wrong Ash-ting,’ she whispered to him.  He nodded.  ‘You’re right.  There’s a dark energy coming from the willow tree.  Horrid people have been there and left nasty energy behind…. But why?’

‘Let’s ask the fairies and elves,’ suggested the little girl but before she could do so Granny came hurrying into the glade looking most upset.  ‘Sorry to be so long,’ she apologised.  ‘My friends were telling me about a nasty robbery yesterday at the village post office.’

‘A robbery!’ gasped Tara, her eyes round with surprise.

‘That’s horrible,’ exclaimed Tara.  She liked Mrs Price, the postmistress, who always smiled and sometimes gave her a sweet.

‘Did they get away?’ Tara had lots of questions to ask but Granny did not know very much.  ‘All I know is that these two men have robbed several places.’  She shook her head.  ‘They are dangerous and I hope the police catch them soon.’

Before she could ask anything else Ash-ting tapped Tara on the arm with his paw to get her attention.  She looked at him.  ‘Tara you must go into the willow tree.  Something’s wrong there.’

She shivered as she glanced at it.  ‘No way.’

‘I’ll come with you,’ muttered Ash-ting.  He jumped from her arms and ran towards it.  The elves and fairies were still sitting on the branch of the silver birch, watching.

Tara gritted her teeth.  ‘Granny, I’m just going into my den under the willow.  Why don’t you sit on the bench by the river for a little while with Oscar.’

Granny was glad of a few moments to think about poor Mrs. Price.  ‘Mind the brambles,’ was all she said as she walked over to the bench and sat down heavily.

Suddenly Tara heard a terrible din.  The fairies and elves were all jumping up and down on the branch shouting, ‘No Tara!  No!  Don’t go in there!’  They sounded very agitated and all spoke at once.  She heard, ‘Bad men.  Bad men.’

Her heart thumped.  She and Ash-ting paused and looked at each other.

‘There’s no one there now,’ whispered Ash-ting.  ‘It’s safe.  Just a nasty energy.  Put on your protection.’

So Tara asked Archangel Michael to put his deep blue cloak round her to protect her.  She pictured it going all round her and then she felt better.

She carried Ash-ting carefully as she picked her way through the brambles, then she pulled back some fronds of willow with her free hand and shivered as she peered into the gloom.  She did not know why but even with Archangel Michael’s protection she had goose pimples and wanted to run back into the sunlight.  All at once her eyes made out brambles and bracken and branches.  They filled the space that usually made a lovely cool green den.

She and Ash-ting looked at each other in dismay.  ‘Who could have done that?  And why?’

The little girl hurried back to tell Granny, who came to have a look.  She too shivered.  ‘Something feels wrong,’ she murmured looking at the tangle of dead branches and brambles.  ‘And why would anyone do this?’

‘To stop people from going through the den to the river,’ whispered Ash-ting and Tara repeated this to Granny.

Ash-ting had his head on one side as if he was thinking hard.  Then he said, ‘It’s the robbers.  I know it is.  They’ve hidden the loot under the tree.’

When Tara said this to Granny, she looked thoughtful.  ‘It’s unlikely,’ she responded, pushing her glasses up her nose, ‘but possible, I suppose.’

She hesitated for half a second, then she plunged into her handbag and whipped out her mobile.  ‘It’s better to look stupid than to do nothing,’ she said firmly.  ‘I’ll phone Paul who lives opposite you.  You know Blake and Bob’s Dad.  He’s a policeman.  I’ve got his number somewhere.’  She scrolled down her list while Tara felt a little thrill run through her tummy.  Then Granny was telling Paul rather hesitantly about the willow tree and, to Tara’s surprise, she added, ‘It’s got a nasty feeling.  Both Tara and I can sense it.’

She said goodbye and told Tara that he was coming to have a look.

Things happened very fast.  Tara and Granny had only just sat on the bench with Ash-ting on Tara’s knee and Oscar snoozing on the grass than Paul and another policeman appeared.  They looked very serious and listened carefully to what they had to say.  Then the other policeman took off his boots and socks and waded through the ice cold water along the bank to the willow tree.

‘They’ve been here alright.’  They could hear muffled sounds as he clambered onto the bank and started to look round.  Suddenly he whistled in surprise and then they heard him coming back.  He looked excited.

‘The money’s there hidden in a hollow log with their balaclavas and gloves.  It was well planned.  No one would ever have found it if it had not been for these two.’  He smiled at Tara and Granny.

Then he pulled Paul to one side and they talked quietly together.

Tara and Granny and Ash-ting and all the elves and fairies silently watched the policemen.

The kitten murmured to Tara, ‘They’ll be back this evening.’

‘Oh!’ she exclaimed, for she knew that Ash-ting knew things magically.  Without hesitating she jumped up and walked over to Paul.  She plucked his arm and said excitedly, ‘They’re coming back tonight.’

The big policeman looked at her.  He had heard that Tara was sometimes psychic.  Suddenly he nodded, ‘Right!’

He called to Granny.  ‘Thanks for your help.  I think you and Tara had better go home now.’  Tara went red in the face and looked as if she might object very strongly indeed but Granny said, ‘Come on Tara.  This could be dangerous and it’s getting late.  They’ll tell us all about it later.’

For a moment it looked as if Tara might have an all-out strop but Ash-ting murmured that there was danger in the air and to do what the policeman said.  So reluctantly she put on Oscar’s lead.  She noticed that his tail was between his legs and he looked glad to get out of the glade.

By nine o’clock that evening it was all over.  Paul sent a text to Granny to say he was going to Tara’s house to tell them about it.  She hurried along the road to hear what he had to say.

Tara and her brother and sister were in their dressing gowns waiting with Dad while Mum made hot chocolate for everyone.

When the doorbell rang it was Paul’s sons Bob and Blake with their mother.  They lived at number 12 opposite and wanted to know what had happened.  She was carrying a litre of milk which was just as well for, as they were about to close the door old Mrs. Pogg walked down the road, so they called her in too.

By the time Paul, the big policeman arrived the sitting room was crowded and very noisy.  A hush fell as he told them that the police had put everyone on red alert that evening.

‘We waited until we heard the men coming up the river in a small punt.’  He looked at Tara and Granny.  ‘We had set up a microphone under the tree and heard them say where they were going.  Not a post office this time.  They wanted to expand to bigger things so we got them just in time.  You can bet there was a reception committee for them at the superstore they had targeted.  And we retrieved all the money and postal orders they had stolen from the post office.’

‘Were they surprised?’ asked Tara.

‘I’ve never seen two nasty thugs look so surprised before.  They swore and cursed.  When we said a little girl and her Granny had tipped us off they looked thunder struck!’

Everyone laughed and cheered and toasted the heroines with hot chocolate.  And Ash-ting winked at Tara.  She told Mummy they couldn’t have done it without Ash-ting and she laughed and gave him a tin of sardines. 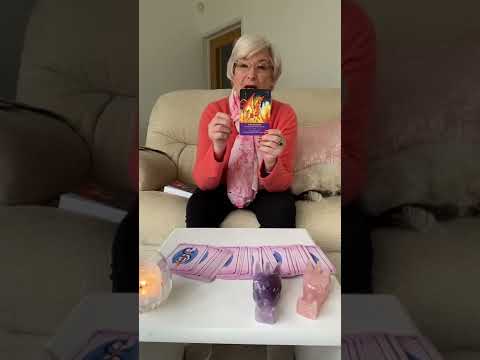 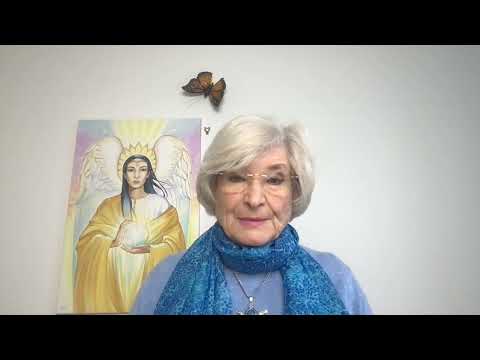