The days had turned cold, all the children had to wrap up in their hats and scarf’s, that Mama Rosa had kit for them, when they went outdoors. The winter winds were blowing and Christmas was just around the corner.

Toto the Angel Dog really loved living in the Down Town Care home with Mama Rosa, Uncle Joe and all the children.

He loved the warm fire in the kitchen in the evenings, when the children would gather around the kitchen table and sing songs that Uncle Joe taught them.

Everything was going well in Toto’s plan to help all the children and everyone else talk to their own Guardian Angels every single day and get feel their Angels love and help.

It had become a nightly routine to sit and sing together before bedtime and for Uncle Joe to help the children with the words of the songs.

So it was strange one of the coldest nights in December, when Uncle Joe said that he had a strange feeling in his chest, that he must have eaten too much of Mama Rosa’s apple pie and had gone to bed early, leaving everyone else to sing the songs together.
The next morning as Uncle Joe had taken Toto the Angel dog out for their usual early morning walk,  way down to the woods right at the end of the garden.

Toto the Angel dog always loved these morning walks and was running and barking happily as Uncle Joe followed him.

However Toto looked back from his running he could see that Uncle Joe was sitting down on a large rock and had his hand over his chest. Toto ran back as fast as his little legs would carry him.

‘Get help Toto…..run go to the house….something is wrong….I can’t seem to catch my breath…..run…be fast……get help….’ Uncle Joe could hardly talk as his voice became lower.

In a flash Toto disappeared and using his magic Angel wings he appeared in the hall of the Down town care home. He then rang into the kitchen, where Mama Rosa and all the children were eating their breakfast getting ready for school. ‘Woof….Woof….Woof…..come quickly Sarah….Uncle Joe is in trouble ….he needs your help……Woof …Woof…..hurry……’   Toto the Angel dog barked loudly at Sarah.

Sarah looked up from her bowl of cornflakes and starred at Toto.

‘Quickly Mama Rosa…..something’s wrong with Uncle Joe…..Toto is telling me that he is not well…..come on lets find him…….quickly…..Toto’s saying he’s in trouble’

Sarah was telling them all as she ran from the table and followed Toto the Angel dog out the door.

‘What’s wrong…..are you sure Sarah…..come on children…..’ Mama Rosa and the other children all ran out after Sarah and Toto, who were already running down the long garden towards the woods.

Within a few minutes, Sarah and Toto had reached Uncle Joe, who was still sitting on the same rock, waiting for them.

Within a few minutes Mama Rosa was there by his side.

‘Oh my dear…..what’s happened Joe….are you ok….what’s wrong…..’ Mama Rosa was asking all the questions together and was shocked as she looked at Uncle Joe.

‘Run Sarah….run to the house and phone Doctor Geno, tell him to bring an ambulance over to the Home at once, an emergency for Uncle Joe….hurry ….run…run…’ Mama Rosa gave firm instructions to Sarah.

‘Ok Mama Rosa….I will…you take care of Uncle Joe…. Toto you stay and mind them…..’ with that Sarah was off, running like an athlete towards the house.

By the time Mama Rosa had linked and helped Uncle Joe to the house, Doctor Geno and the ambulance were waiting for him, as he collapsed onto the waiting trolley.

Doctor Geno’s house and surgery were only around the corner from the Care Home, so his wife Margie had come over to take care of the children, as Mama Rosa went in the ambulance with Uncle Joe to the hospital.

All the children were very worried about Uncle Joe, and Margie told them to gather in the kitchen were they could all have an nice hot drink and stay together.

Toto the Angel Dog barked and told the children he had an idea.

They should all learn a short little song, they could all sing together to help the Angels of Healing go to Uncle Joe in the hospital and help him to get better.

The children were all interested and gather around Toto.

He explained to them that they should all sit in a circle, hold hands and ask AA Raphael, who is the Angel of Healing to send healing energy to Uncle Joe in the hospital.

They all gathered around in a circle, including Margie and listened as they learned the song from Toto.

After a few times of saying the song, Sarah started to sing it to a simple little tune and in no time at all, the children were singing the tune.

Toto asked everyone if they were ready and they all closed their eyes.

Toto could eye all their Guardian Angels standing behind the children, as they held their hands. Together they all sang the song:

As we sit together, we all know,

Our Guardian Angels love us so.

Then we know, he will be alright.

Help him feel better, get well and come home soon.

Let him know, we love and miss him so.

The children sang the song a few more times. Toto told them to thank the Angels and when they were finished they all opened their eyes.

The next morning they all went to see Uncle Joe in the hospital.

They gathered around his bed and all sang their song for him:

As we sit together, we all know,

Our Guardian Angels love us so.

Then we know, he will be alright.

Help him feel better, get well and come home soon.

Let him know, we love and miss him so.

He was delighted to see the children and Sarah saw him wiping his eyes, he was crying tears of happiness as he listened to them singing.

Doctor Geno and his wife Margie were there too and the doctor told the children that Uncle Joe was making a steady recovery and would be home very soon, in time for Christmas.
The children, Toto and Mama Rosa made the house so wonderful with all their home made Christmas decorations. Uncle Joe’s brother Rob helped and had brought a huge Christmas Tree in his mini bus.

Together they all put their decorations and watched Rob as he switched on the Christmas lights and the whole room lit up.

Toto the Angel dog was delighted and he had organised the children to gather every day as they sang their song to ask the Angels to send healing light to Uncle Joe.

It worked and within a week, Uncle Joe was home and was amazed at how well the kitchen looked with the huge Christmas tree in the corner, all lit up with lights.

Doctor Geno called every day, and there was lots of talk about things like low fat diets, big words like cholesterol and more exercise between himself and Uncle Joe

Doctor Geno was impressed as he listened to the children singing their song together, that he asked Mama Rosa if the children might call over the old folk’s home some day to help brighten up and entertain the old people there.

It was decided that it would happen, some day soon.

But for now the children and Toto the Angel dog were just happy to sit in the kitchen, with Mama Rosa and Uncle Joe.

They told stories, coloured pictures and most of all thanked the Angels for their help in bringing them all back together, just in time for Santa Claus to arrive in the Care home in just a few days. 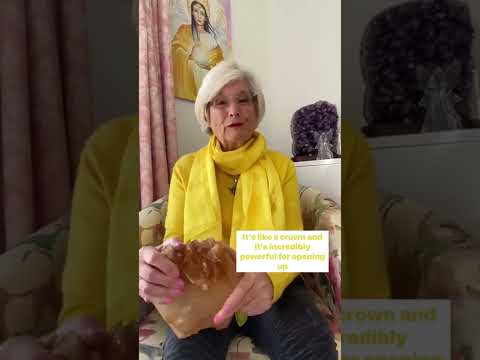 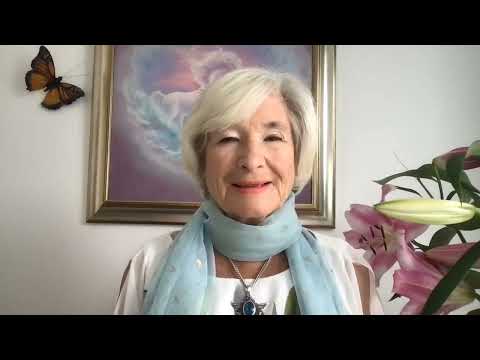