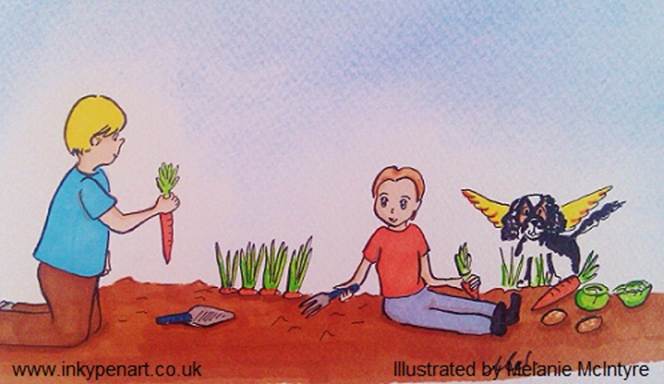 Your Guardian Angel is there by your side
To Watch, to Help and to Guide.
So talk to them every day
and they will help you in such an amazing way.

Toto the Angel Dog was so happy living at the Down Town Care Home. The months were passing by and he knew deep down that he would be called back to Heaven soon, perhaps to be given an new task. But for now, he was so happy and having great fun with the children who lived in the Care Home.

He had been helping the children, each in their own way to connect and talk to their Guardian Angels.

Most of the r children were indoors with Mama Rosa and Uncle Joe, doing some painting and drawing at the kitchen table.

One sunny afternoon, Toto the Angel Dog was playing in the garden with Danny, one of the children from the Care Home. Danny was a very special little boy, who didn’t speak very much, but had an amazing energy field right around his body. Toto knew that Danny was special and could talk to many animals and elementals in the garden and forest.

Joshua was collecting some strawberries and carrots, from the vegetable garden. He was making a pie and needed the fruit for the filling. Joshua loved cooking and was always helping Mama Rosa prepare the meals in the Down Town Care Home.

Danny was throwing a small ball and Toto the Angel Dog was running to fetch it, bring it back and then run again. Toto would bark loudly with excitement.
Next thing Toto heard a scream from Joshua.

‘Look there it is again……quick Danny lets go…’ Joshua was saying loudly, as he turning away towards the house.

Both Danny and Toto the Angel Dog ran over the Joshua at the vegetable patch to see what had happened.

Joshua turned and walked back to stand beside Danny and Toto.

From behind one of the bushes in the garden appeared this amazing horse like creature, who appeared to be surrounded by a gold and white light.

‘Look Joshua…..it’s a Unicorn…..its Elgar the Magical Unicorn….he comes to the garden from time to time. Have you seen him before…..Woof…Woof? ‘Toto asked.
‘Yes I have Toto….I saw him last week early one morning before everyone else was up, but I was afraid and ran away’  Joshua said.

Danny was not at all afraid. In fact he moved closer to the Unicorn and started to stroke its magnificent head. Danny would see its long horn right in the centre of its face and smiled. Words were not needed between Danny and the Unicorn. They appeared to be able to talk to each other with their minds.
Joshua was amazed.

‘It’s called telepathy Joshua….where we can talk with our minds…and no words are needed. Danny has that gift.
Woof ….woof…woof.’
Toto the Angel Dog was so happy.

Danny moved closer to the Unicorn and stood waiting. The Unicorn slowly began to bend his knee and head down. Danny climbed up onto its back and was ready to go for a ride on the Unicorn’s back.

‘Wait for me Danny’ cried Joshua, who without thinking jumped forward and climbed up to sit right beside Danny on the Unicorns back.

‘Woof….Woof ….Woof….lets go for an adventure together boys….Woof….Woof….Woof’ Toto the Angel Dog started to use his wings and flew up into the air, to follow Elger the Magic Unicorn.

Together they flew high up into the sky, right up above the tall trees. As Joshua looked down he could see birds sitting on their eggs in their nest.

He clung on so tightly to Danny who was sitting in front holding onto Elger the Magical Unicorns main of hair, like reins.

High above in the outer sky, the boys could see the Stars out in the distance winking at them.
Toto the Angel Dog and Elger the Magical Unicorn flew high above the land. They could see the fields and mountain tops right below them.
In a short time, they came to a big green meadow, filled with golden light and flowing flowers, with green moss.

They landed down on the meadow and the boys watched as the sit and watch the group of Elger and his friends run around the field as they play together.

About a dozen Unicorns appeared magically and started to play, by running around in circles. They were so happy having fun together. The boys and Toto the Angel dog watched and were filled with laughter and bring lights as their energy joined with the dancing Unicorns in the meadow.

Elger the Unicorn came over to Toto the Angel Dog and the boys and told them that there is Magic all around everywhere, every day.

He told them to talk to the Angels and all the Elementals around them, to help you see the magic in this world and have more fun and laugh more every single day.

Your Guardian Angel is always by your side
To Watch, to Help and to Guide.
So talk to them every day
and they will help you in such an amazing way.

After what seemed a long time, Toto the Angel Dog told the boys that it was time to return home to the Down Town Care home, as Mama Rosa would be wondering about them.

So the boys said took time to say good bye to the Magical Unicorns who were dancing around them in the meadow.

They then carefully climbed onto Elger the Unicorns back and together with Toto the Angel dog, they all flew back to the garden of the Care Home.

There Elger the Unicorn told them that they could come to see him anytime in the forest, or at night when they had their dreamtime, if they asked him, he would take them on my other adventures.

They watched as a flash of light took Elger the Unicorn off to the sky. Together with Toto the Angel Dog, the boys gathered up the strawberries and carrots they had left in the garden earlier, and made their way up to the house for their tea.

Your Guardian Angel is always by your side
To Watch, to Help and to Guide.
So talk to them every day
and they will help you in such an amazing way. 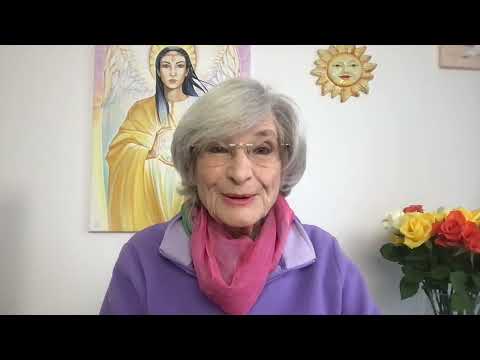 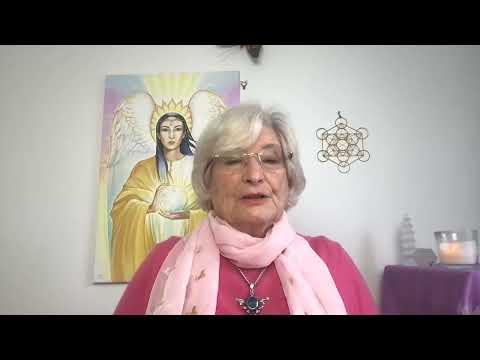