What my little brother found

Dylan is eleven and he loves space and the solar system. He has lots of books about them and he knows lots of facts about them. He likes reading and talking about space and sometimes imagining what it might be like to actually be out in space.

One day Dylan was playing with his youngest brother Elliott outside in the garden. It was hard work chasing after him as he checked all of the fences and gates to see if he could get out of their garden. He was always on the move. Dylan yawned and followed him as he tried to climb up the hedging like a monkey. Always peeping over the next thing, to see what was there.

‘Wondee,’ said Elliott, holding up what looked a bit like a flower but shone really brightly. Wondee was the word he used for lots of things, including plants, flowers or other things he saw fit.

He prized it off his brother who objected noisily, saying ‘no no nooooo!

‘What is this, Elliott?’ Dylan said puzzled. It looked shiny and glowed at him. Suddenly Dylan heard a whirring noise and right in front of him a great figure of light stood. He could hardly see it was so bright. He was surrounded by beautiful rays of green, yellow and violet light. ‘Who are you?’ he asked.

The brightness dimmed just enough that Dylan could see a human type outline and a face. ‘Light,’ said Elliott.

‘I AM Lord Maitreya,’ said the figure. ‘Elliott is very clever and has been calling us with his special words and powers.”

With that over a hundred spaceships whizzed through the clouds and hovered above the ground close by. Dylan observed the post van driving up the road; did he not see anything unusual?! He stared in awe at all the silver ships, of so many different sizes, with one enormous one in the centre, and then ones as small as Elliott himself. Amazing shapes Dylan had not thought possible. Elliott ran up to a tiny one and tried to play with it. It opened up and what looked like a lot of colourful bubbles came out of it. Elliott giggled. ‘How is he so wise?’ thought Dylan.

Lord Maitreya heard his thought and replied; ‘Dylan, just because he is small in his new human body doesn’t mean he is not wise. You also are just eleven years old but yet your soul is over three thousand years old. You have seen many lives and many galaxies in fact. You have been a space traveller many times; this is why you love the solar system so much. There is an old friend on the way, he’ll be here soon.’

Just then Dylan saw the post man delivering letters. He was going to call out to him but he just stared as he seemed totally oblivious to all of the space ships which were floating close above the ground; you couldn’t help but see them. Again Lord Maitreya seemed to read Dylan’s mind:

‘He cannot see them Dylan; most adults will not see the ships as they are wouldn’t believe what they were seeing. They would think their minds had stopped working properly and it can cause problems. So they are only making themselves visible to you and Elliott for now.’ ‘Lord Maitraya, does Wondee mean something? Elliott’s always saying it.’

‘It means life, but not in the way you usually use the word. It is a way of describing life and joy and the universe in all its brightness in a very special way that humans do not usually do. Your brother is an old soul.’

Dylan was puzzled at this: his funny little brother that called everything wondee was like a wise old sage.

‘Hello,’ said another voice, and out of thin air it seemed appeared a great figure with much light around him. ‘I Am Commander Ashtar. And these spaceships are my fleet. Some of them anyway. Hello Dylan. Hello Elliott,’ he said in a deep voice that made an echoey sound, unlike any voice Dylan had ever heard. When little Elliott saw Commander Ashtar he smiled up at him. He stopped playing with the bubbles coming out of the tiny spaceship and just stared with a big smile.

‘His heart is overflowing with joy Dylan, that’s why he is smiling. Elliott hasn’t been a human for quite some time and sometimes he misses his last home which was working with me and my fleet.’

‘Meow,’ said Elliott, and Dylan doubled over with mirth.

‘Dylan, would you like to come on a space adventure with us?’ asked Commander Ashtar.

‘Yes please. But what about Elliott and what will I tell my Mum and Dad?’ he asked.

‘Don’t worry; I can freeze human time, since only humans invented it anyway. Elliott can come too!’ he said.

Dylan was happy; he trusted the great beings of light. His own guardian angel made himself visible and winked at Dylan, as if to say ‘go ahead.’ He suddenly noticed Elliott’s guardian angel; he had never seen it before. It was all rainbow coloured sparkling and shimmering.

Just then a long spaceship lowered itself down and a door opened up. Rainbow steps lowered down to the ground and Dylan held his brothers hand and they walked up into the spaceship. Lord Maitreya joined them. Commander Ashtar showed them around proudly. And as the spaceship took off up through the earth’s atmosphere he showed them many galaxies that Dylan had never even heard of. He showed him the planet Sirius, which Dylan knew the dolphins came from. It was all visible on a big 3D computer.

‘How come we don’t need spacesuits and oxygen? And how come there is gravity in this ship?’ quizzed Dylan.

‘Because this is no ordinary human ship,’ Commander Ashtar replied simply.

‘And this is Earth,’ he said. ‘She needs more people to love her and stop taking her for granted. Look at the dots of light around, this is the light being beamed down to earth. It comes from angels, ascended masters, other galactic beings helping out but also humans who have decided to help the planet with their thoughts and actions. You can help too Dylan. Human thoughts are very powerful, and if you consciously send light to Mother Earth each day it helps her to heal these parts,’ and he showed some red areas where oil spills had occurred, greenhouse gases were building up, pollution of land and water systems, nuclear waste and other environmental hazards which were causing pain to Mother Earth. ‘How do I do it though?’ asked Dylan.

‘You can imagine planet earth surrounded in a golden bubble of light. Just like this,’ and he demonstrated how to hold an imaginary Earth between your hands and send it light. ‘And make sure your actions are all earth friendly. Don’t throw rubbish, use less waste, choose recycled paper, cycle to school, and switch off lights.’

Just then they saw Lord Maitreya showing Elliott around the ship, he was trying to press buttons on the control station randomly but Lord Maitreya had placed a protective force field around the buttons in case he pressed the wrong ones. Elliott rushed around, his eyes shining, not knowing what to play with first. ‘He might be wise but he is still in a very young human body,’ said Lord Maitreya, as if to answer Dylan’s question. They all laughed. Elliott then found the ‘wondee’.

‘What is that?’ asked Dylan, feeling worried Elliott might break it.

‘It’s a plant from the planet Sirius. It was in your garden because Elliott summoned it,’ said Lord Maitreya.

‘Whoa!’ said Dylan. ‘Can I bring it into school tomorrow and show it to my science teacher?’ ‘Unfortunately I don’t think it will survive on earth too long. You can keep it as long as it lasts though. It might not like the energy on earth as it’s different to its home planet,’ explained Lord Maitreya. ‘Do you like it up here, Dylan?’ he asked.

‘Come back? But you haven’t left yet!’ he smiled. ‘Living in the now is a very important lesson for humans Dylan. That means living each moment fully without always being transported to the past or the future. When you do that you miss what’s happening; you miss the good stuff.’

‘I see,’ said Dylan thoughtfully. ‘But what if I’m having a bad day isn’t it better to be thinking about a better time in the past or future?’

‘A bad day is only a bad day because you called it that. You have the power to bring happiness into the now. Use your power Dylan. Remember who You Are,’ said Lord Maitreya. ‘You Are very special Dylan. And you have many special powers. Live each moment to its fullest to realise your powers,’ said Commander Ashtar.

And with that Dylan and Elliott were suddenly back in the garden as if the whole thing was just a dream. The post man was only getting back into his van.

‘Elliott did we just go there?’ He asked the two year old.

And Dylan thought about being in the now, even though his mind was racing back to what had just happened. He wanted to remember his powers.

‘Wondee,’ said Elliott, who was still holding the strange plant/crystal type thing in his hand. It was withered looking.

‘You are right Elliott. I agree. Wondee,’ he smiled. ‘And light.’ 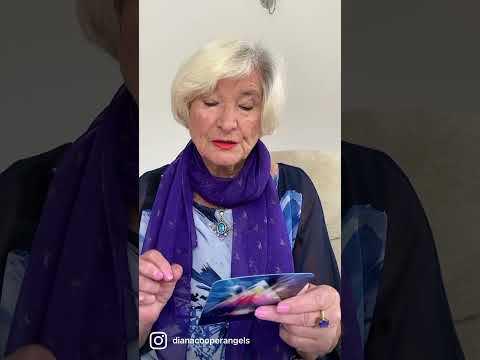 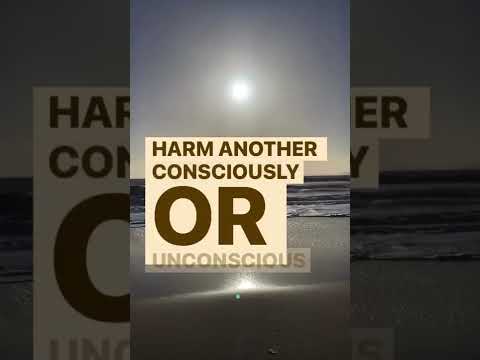