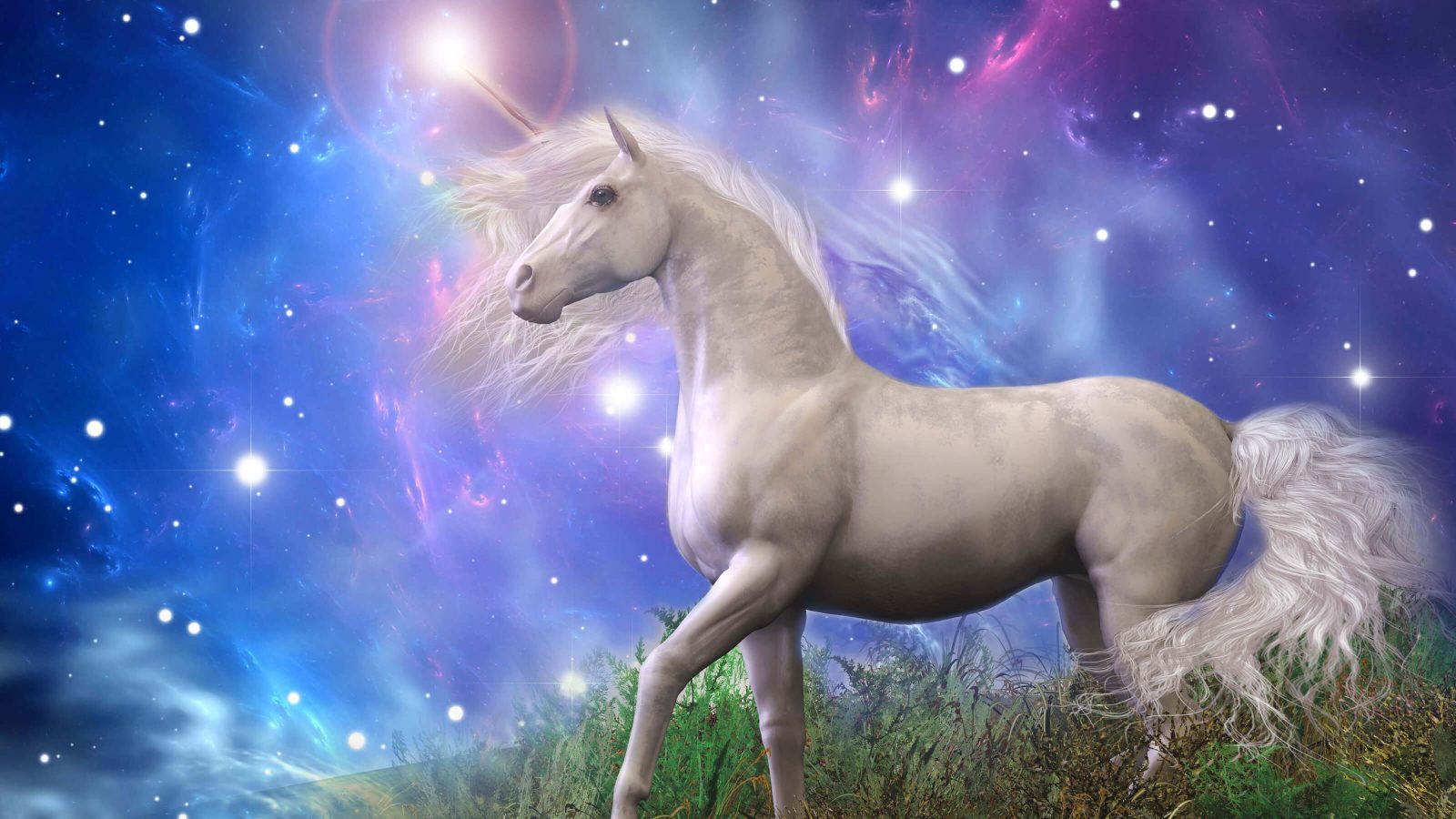 The unicorns asked me to spread information about them to the world.  They impressed on me to make the pilot for a documentary to demonstrate that there is enough interest in them for a TV company to commission a full documentary.

With divine synchronicity the very next day a friend was coming to lunch who happened to be a film maker.  I asked him for advice and he recommended a documentary maker, Dylan.

I asked if anyone was prepared to talk about their unicorn stories and was surprised how many people responded.  I chatted to many of them and was blown away by some of the stories.  I sent the recordings to Dylan and he chose three, who lived in the UK, my old friends Tim Whild and Truda Clarke, and Calista, an ex cancer research scientist, who was to become a new friend.

You can see the messages of hope and inspiration from the unicorns on the film on my Youtube channel. Please like it and share it to help spread the light of the unicorns. 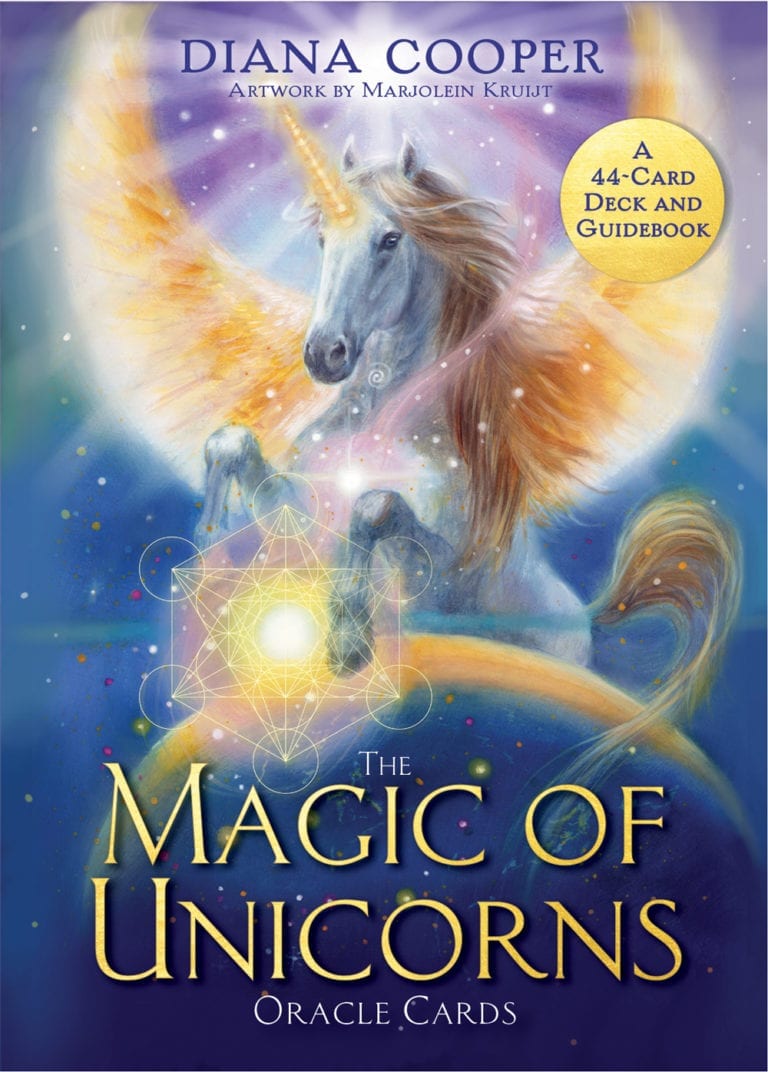 The Magic of Unicorns Oracle Cards

The magnificent pure white unicorns are pouring into the planet now to help us all with ascension and these new Unicorn Cards take you through your own ascension journey. They are very powerful for each card takes you on a step of your ascension journey. 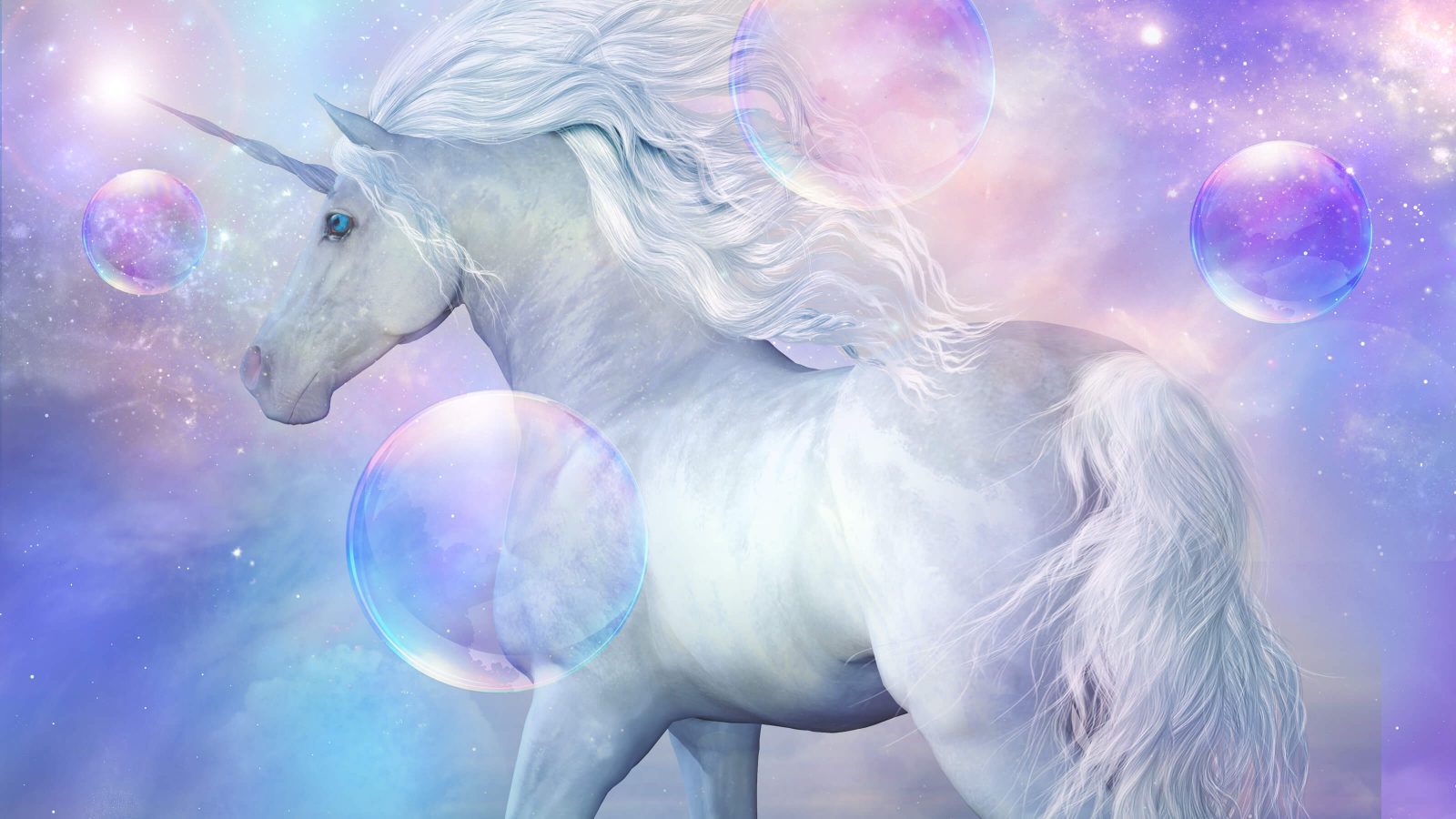 Making a deep connection with the Unicorns

Unicorns are the purest of the pure, enlightened angelic beings, who can pour higher light and blessings over you. In this recording you will meet the unicorns and your own personal one.

The Magic of Unicorns

There is a huge wave of unicorn energy sweeping through the planet right now because the frequency of Earth and humanity has risen, so that they can connect to us again.  In the Golden Era of Atlantis everyone was attuned to their unicorn who illuminated them and kept their light bright.

They are here now to illuminate us and light our way into the new Golden Age.

Unicorns can bring about the desires of your soul.  These are the things that give you a deep sense of satisfaction and contentment or ensure that you are on your pathway for this lifetime.

The unicorns asked me to call this book The Magic of Unicorns because magic allows things to happen that are beyond our physical understanding.  In this book I share something of their magic and miraculous powers. The sapphire, emerald, ruby and diamond contain facets that cut away old unwanted patterns and energies so that we can access concentrated angelic qualities at a much higher frequency.

The Wonder of Unicorns

I met my first unicorn when I was sitting on the lawn with my laptop on my knee. A beautiful white presence appeared by my side and I was amazed to realize it was a unicorn. It gave me information about the unicorn realms and told me that they are looking for people of high energy who want to help the world. They will connect to them and help them.

That was some years ago and since then waves of unicorns have swept through the planet, touching as many people as possible.

Unicorns are pure white seventh dimensional horses who have returned to Earth for the first time since Atlantis to help us with our ascension. They are known as the purest of the pure and have qualities of love, peace, calm, gentleness, hope, majesty, caring, magic and mystery. They will come to you when you are ready, helping you too to develop your unicorn qualities.

While angels work with your heart felt wishes.  Unicorns grant the desires of your soul, those things that satisfy you deeply and help you fulfil your pre-life contract.

Remember that if you often think about unicorns and you have a desire to help the world a unicorn will soon be with you. 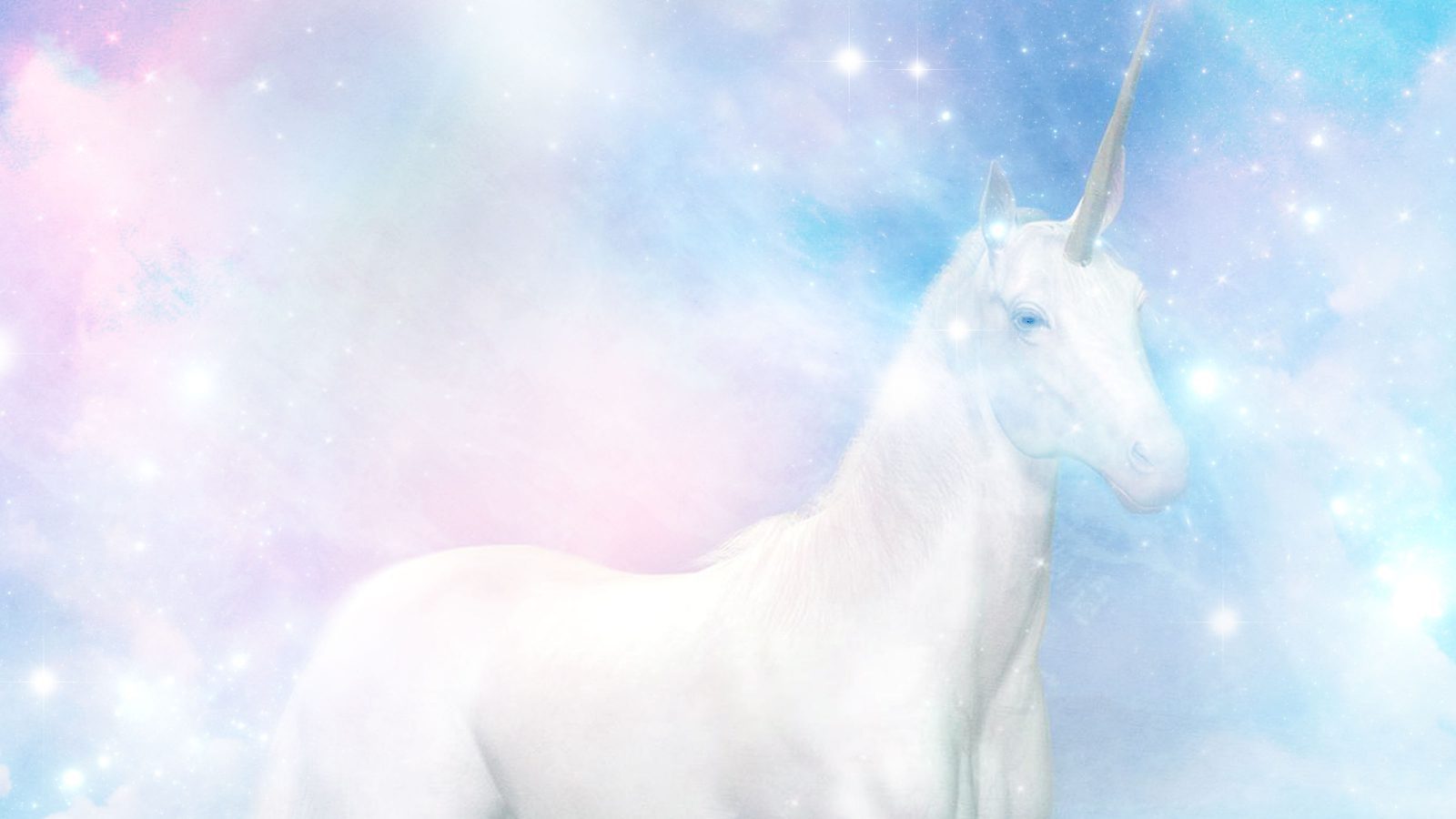 The Wonder of Unicorns

This is an opportunity to learn about unicorns and connect with your personal unicorn as well as to receive healing and enlightenment from it.  What is its name?  Did you know it in Atlantis? What gifts is it helping you bring forward? Unicorns are wonderful healers who can release deep ancient traumas, so that you […]

The unicorns have taught me such a lot and I feel overwhelming love, respect and awe for these magnificent creatures. I hope that you too will feel touched by their energy and their love, through these cards.

There are 44 Unicorns Cards, each of which represents a different divine quality or person from Mystery to Magic, Mother Mary to Archangel Michael so approach them with reverence. You may wish to meditate or pray, before and after, you receive the guidance and blessing the cards hold for you.

When you choose a card or read them for yourself or others, they bestow a very high pure frequency on you.

The Wonder of Unicorns Game

I was so delighted when Findhorn Press suggested creating a game based on The Wonder of Unicorns book. I was even more excited when I received details of the game. I immediately phoned a friend and we settled down to play it.

The purpose of the game is to help you to be guided and supported by the unicorns and your fellow players to reach a goal. Clearly you must be willing and open to heal your physical, mental and emotional wounds and traumas by connecting to the unicorns. It is also important to be honest with yourself and the players who are supporting you.

Angels work with the energy of the heart while unicorns work with the soul. So this special game encourages you to choose a purpose for yourself or for the planet. The focus of everything is the highest good of all. Playing this game not only connects you to the unicorns but it raises your frequency and heals the planet.

This game enables players to be guided and supported to reach their goal with the help of the unicorns and the other players. You need to be willing and ready to heal physical wounds, emotional traumas and spiritual misalignments by accepting their intercession.

Unicorns help your soul for the good of all, so the Unicorn Game encourages you to choose a purpose that is personal and will also benefit others and the planet. So ask question such as, ‘How will I manage to…… for the highest good of all?’

There are two phases in the game

Phase 1. Unicorns help the player to heal and reconnect with divine energy on the physical, emotional and spiritual levels.
Phase 2. The player transforms this energy in four steps, identifying what they feel, think, decide and how they will act.

By taking decisions with the help of the unicorns and other players individuals can take mastery of their own future and contribute to positive planetary transformation.

Game elements include: 44 Unicorn Cards (previously published under the title Unicorn Cards) + game rule booklet + a pad to take notes + 4 playing mats (game can be played with 1 to 4 players).

My Experience with the Game

My friend shared that her son was quite distant from her and she wanted to find a way to communicate with him. He rarely phoned and she felt very upset about this. She had tried everything but realised she had to change an energy within herself. What did she need to do?

We tuned into the unicorns, following the instructions in the game. My friend asked what she could do for the highest good that would enable her to be closer to her son and have a better communication. As the game proceeded and she answered questions, she saw things differently. The guidance from the unicorns was that she change her attitude in various areas, which she automatically did.
We decided to do our own ceremony afterwards where we burnt what we had written and called in the unicorns to bless the outcome.

Within half an hour her son phoned. They had a long chat and their relationship changed totally.

It is wonderful that we are able to change our lives so beautifully and dramatically with the help of the luminous higher spiritual worlds. Unicorns can make magic happen. This game is a great way of connecting with the angelic and unicorn worlds. It also brings families, neighbours and communities together. And it is fun.