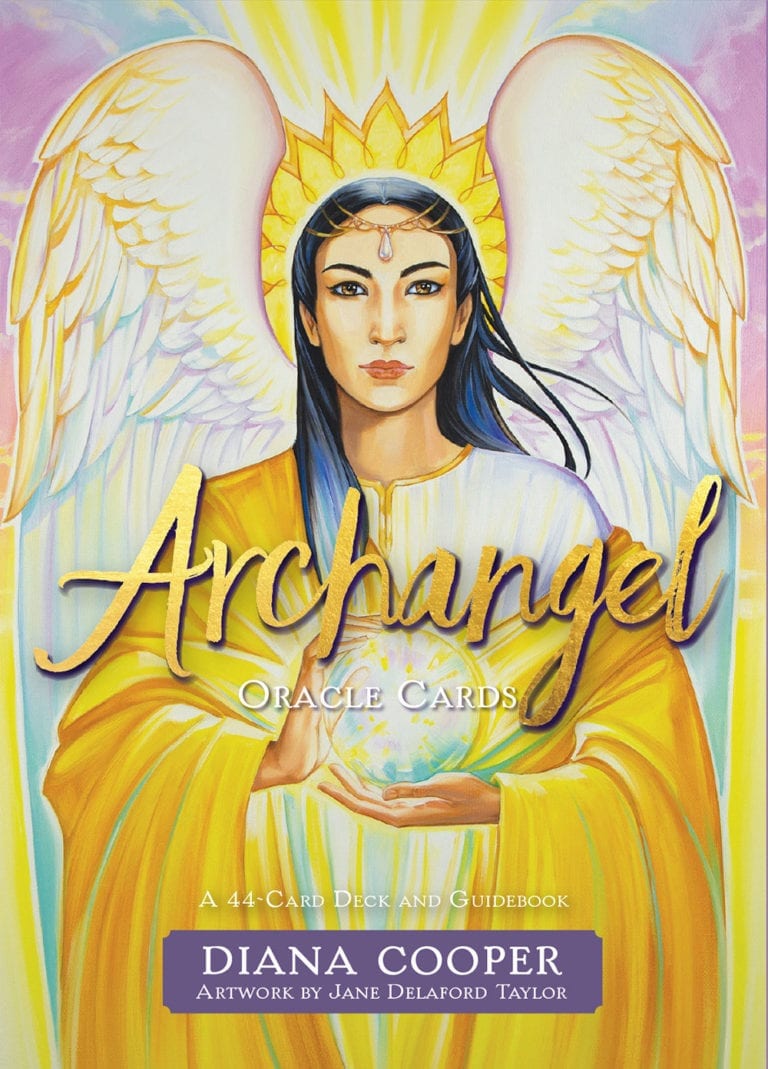 44 mighty angels stepped forward to be presented on the cards.  Each card shows one Archangel who is beautifully illustrated by Jane Delaford Taylor. The accompanying booklet offers information about each one followed by special guidance from them.   They are so amazing, simple yet deep.  Of all the decks I have created, this one has affected me the most.  As I prepared it I attuned more deeply to those angels I knew already and connected with less familiar ones.  Producing these was an amazing experience and opportunity for spiritual growth.

When I received the deck through the post, I just knew it was incredibly special and sacred.  Before I opened the pack I washed my hands and lit a candle.  Then I held my hands out, palms up and asked angel energy to fill them  As I lifted the cards out of the box, a white light shot out from the centre of them!  Wow.

Sometimes the messages are very clear.  My friend Pat had been looking forward to her cruise to South America for a long time.   First it was postposed because she was ill and then because of the pandemic.  Her question was, would she ever go on her cruise?  As she shuffled the cards I thought, if she is going please bring forward Archangel Chamuel, who is the Archangel in charge of South America.  Fascinatingly, she pulled out Archangel Charity, who is the twin flame of Archangel Chamuel, and together they oversee South America.  She could not have received a clearer answer and Archangel Charity added the important piece of guidance that she would have the abundance to afford it comfortably.

At other times the messages seem more obscure.  My friend Jenny is very spiritual but not really on an angelic wavelength.  When she pulled a card she received Archangel Preminilek, the Archangel in charge of the insect kingdom.  She was very scornful. ‘Never heard of him,’ she grunted’.  Why would I get the Angel of Insects?’  Her expression said it all and then she proceeded to tell me that there had been a slug on her doorstep that morning.  She said, ‘It looked at me and said clearly, ‘What are you going to do with me?’ ‘ I replied.  ‘It’s ok, I’m not going to hurt you. I’m going to move you into the garden.’  She moved it and it thanked her.  After she told me this there was a silence.  Then she said, ‘Perhaps I need to think about this.’

How the Archangel Oracle Cards help you