Archie and the Old Mansion by Kathy Pridden 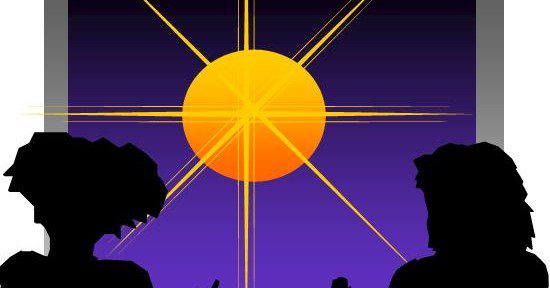 “Hooray it’s Saturday,” Archie cried jumping out of his bed.  Annabelle, his mother, couldn’t believe it.  Getting him out of bed to go to school was impossible.  Yet here he was sitting impatiently waiting to be fed.

“What do you want for breakfast?” she asked him.  Archie said that he would like cereal with a lot of honey and milk.  “I suppose you would like toast too,” she said.

“No thanks, I haven’t got to time to sit here all day,” he replied importantly.  His father, Siegfried, looked over the top of the newspaper he was reading and smiled.

“I’m going to call for Ben and the others,” Archie shouted to his mum.

“They’ll not be up yet,” she called, but he didn’t hear her as he had already run out of the house.

“Is Ben coming out to play?” Archie asked when Ben’s mum opened the door. Ben was sitting watching television. His face lit up when he saw Archie.

“Let’s go and call for the others,” Ben shouted to Archie.

As Archie and Ben walked down the road they met Picton, the black and white cat, and Maybelle the little white poodle. They all decided to play football.

After a while they got hot and fed up of running around so they sat on the grass talking and laughing.  Maybelle suggested that they have a picnic

“Yeah,” they all agreed.  They went home to get food and bottles of juice to take with them.

On the way out of their houses they were all told by their parents not to go near the Old Mansion as it was too dangerous and they might get hurt playing near there. In the woods they played hide and seek and climbed the trees that were big and strong enough to hold them.  After eating some of the food they lay down on the grass under the big oak tree and had a rest.

After a while Archie got fed up of resting so he sat there thinking what they could do next.  Then he had a brilliant idea, why not go for a walk to the spooky Old Mansion.   Not to go in of course, because they had been told not to.  Just to stand at the old iron gates and have a look at the house.  He suggested this to the others, Maybelle wasn’t happy about the idea but Ben and Picton were keen to go.

As they walked through the woods the sun went in, dark clouds were blowing over and it began to lightly rain.  By the time they arrived at the iron gates of the old house a big black cloud was overhead and it was lashing down with rain.  Suddenly there was a big flash of lightening and a very large rumble of thunder, which made them all jump.

“We can’t stay out here with this thunderstorm going on over our heads.  Let’s go into the mansion,” said Ben.

“I agree,” replied Picton, he didn’t like getting wet.  Archie and Maybelle didn’t like being in the heavy rain and thunderstorm either, but they were frightened of going into the house.  Lightening lit up the sky where they were standing and a very loud clap of thunder gave them all a shock.  Ben and Picton took off towards the Old Mansion.  Maybelle and Archie looked at one another then started to run down the path too, they didn’t want to be left alone.

Standing at the front door they looked at the Old Mansion.  The outside of the house looked dark and dismal.  Ben turned the front door knob and slowly the door opened, they all stood there frightened to go in.   Another flash of lightening made them all jump and they found themselves inside the house.  The front door slammed shut behind them.

Ben was the first one to move, he tried the light switch, nothing happened.  It was cold, dark and damp inside the house, everything was covered in dust and cobwebs.  The house felt really sad and lonely.

They started to explore downstairs.  One of the rooms had a few comfy chairs and a nice soft sofa.  They were no longer afraid so they sat down and finished off their picnics, and told each other the stories they’d heard about the house.  After a while they got very brave and decided to go upstairs and see what was up there.

Archie and Ben went up first Picton and Maybelle followed slowly behind.  They found six bedrooms, two bathrooms and another flight of stairs leading to a closed door.

They went into one of the bedrooms and started jumping on the bed.  Playing hide and seek in all the other bedrooms and having lots of fun. The thunder and lightning started again.  Suddenly they heard a bump from upstairs, they all stopped what they were doing stood still and listened.  There it was again.  Maybelle gripped Picton in fear and stood there shaking.

There were a couple of flashes of lightening and then the hideous noise started.  The noise got louder and louder as the thunder clapped angrily overhead.  Maybelle was in a real state, crying and shouting at Ben and Archie for bringing her into this awful place.  Picton just stood there with his big eyes round with fright.

Archie decided that they had to find out what was causing the noise.  He persuaded Ben to go with him up the flight of stairs to the doorway.  When they got to the door Archie timidly knocked on it.  There was no reply, feeling braver Ben thumped on it and jumped back when the noise started.  A loud crash, screeching and a lot of bumps and bangs came from the room, which was for them fortunately locked.  They both turned and ran.

“We’ve got to get out of here,” yelled Archie to Maybelle and Picton.

“Run,” screamed Ben as he fled passed them all.  They all ran down the stairs very quickly, the noise was still going on up above them.  Was it the witch they’d heard was supposed to live there?  Or the ghost which was said to haunt the house?

Ben was first at the door, he tried to pull it open but it was stuck, they tried pulling together but it just wouldn’t open.   The Old Mansion looked very scary now when the lightening lit it up.  They were all very frightened they couldn’t get out and the thing upstairs might come down at any minute.  What could they do?

Archie then remembered what his grandma, Edwina, had told him about Archangel Michael.  He was the warrior angel, who you asked for help when you needed protection.  She’d also told him that angels could only help under extreme circumstances without being asked.

Archie turned around, at the bottom of the stairs stood the Archangel Michael.  He was very tall and muscular with blond hair and brilliant blue eyes, his white feathery wings were open and they were absolutely enormous.  His armour was bright and shining his sword and shield were in his hands ready to do battle to protect them.  He was surrounded by a beautiful light blue shimmering light which lit up the entire hallway.  He was a truly magnificent Warrior Angel.   Archie stood looking at him his mouth open in amazement.

“You were told, by your parents, not to come here.  You have been very disobedient and put yourselves into danger,” Archangel Michael said in a loud stern voice.   Archie felt ashamed of himself and a tear came into his eye

“Don’t cry Little One, I’ll help you all get out of here.”  Archangel Michael said; his voice full of authority.  He raised his strong arm and pointed his sword at the front door and said in a commanding voice “Open.”   A strong gust of wind could be heard outside the house and suddenly the front door blew open. Archie thanked Archangel Michael.  Grandma had also told him he had to do that.  “Angels like to be thanked when they help you,” she’d said.

“Be a good bear in future, and do as your parents tell you, now run along.”

Ben, Picton and Maybelle were running down the path.   In the woods they bumped into their dads, who were coming back from a fishing trip.

“Best go and have a look,” said Bert, Ben’s dad.  When they arrived back at the Old Mansion the fathers were the first to go in.  The children didn’t want to go back inside the house but they were too frightened to stay on their own outside.

Siegfried and Burt went up the stairs.  They could all hear the squawking and banging going on in the room. Looking nervously at one another they finally managed to get the door open.  Archie covered his eyes with his paws not wanting to see what would come out.  He heard his dad laugh and he took his paws away from his eyes and looked up to see Maggie, the magpie. She explained that she had seen the open window at the top of the house when she flew passed.  It was thundering and lightening so she thought she would shelter out of the rain.  As she flew in the window had blown shut, trapping her inside. She’d heard the children playing downstairs so she started thumping on the door and shouting, which was the noise the children had heard and been frightened by.  Maggie was relieved to be free.

They all had a good laugh when the children told Maggie that they all thought that she was the witch or ghost of the Old Mansion.  She thanked them for letting her out and then she flew off to get home to her husband and family. Archie, Ben, Picton and Maybelle got a severe telling off from their dads for being disobedient.  They walked home quietly through the woods knowing that they would be in more trouble with their mums when they got home.  They all wondered just how long that they would be grounded for. Archie told his Grandma Edwina what had happened.

He told her he was glad he’d listened to her when she talked about angels so he knew who to ask for help.  She nodded her head wisely and smiled at him.  She knew which Angel to ask for.